Still night in my eyes

still night in my eyes,

flow of chords in my hands,

zenith far and above,

till your senses love, 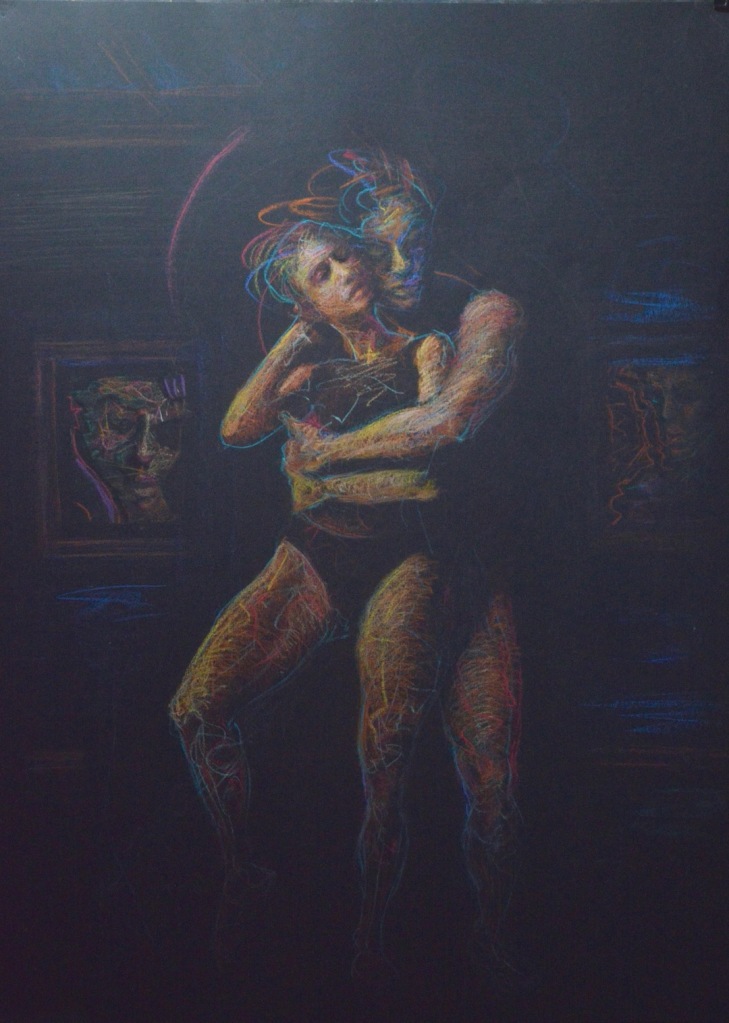 Earlier this year, I was lucky enough to have been invited by a great friend of many years,

the Puerto Rican virtuoso classical “guitartist” (to use a term he coined) José Antonio López, to witness and enjoy a live rehearsal where a fusion of music and movement would be taking place.

The rehearsal was for the classical guitar and contemporary dance concert “A Una Sola Guitarra” that was yet to be held at the Teatro UPR in Rio Piedras in early March of 2017. I have for countless years (maybe due to listening to trio, flamenco, and classical guitar pieces since childhood and fascinated by the agility, grace, and power present in dance) found the combination of guitar and dance/movement to be a significant catalyst of inspiration and at times a critical component of the intricacies of my art. The contemporary dance company taking part in the extraordinary performance was MayaWest Dance Project which is directed by the the young and extremely talented professional dancer David Soler.

Both the dance and the music helped give form to some existing ideas and ignite a series of new ones. The work titled “The Beginning” and the poem “Still Night in My Eyes” are but a sample of the result of merging the recent with the past.

2 thoughts on “Still Night in my Eyes”